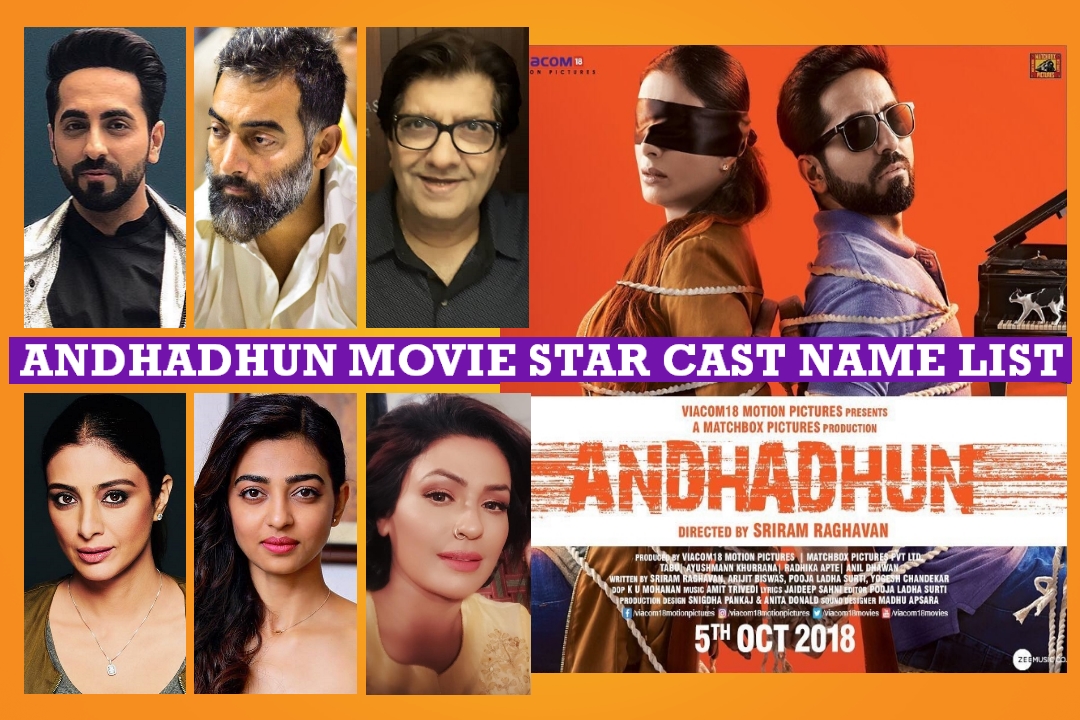 Ayushmann Khurrana is portraying the role of blind talented piano masters Akash. He is in search of true inspiration. On the other side Radhika Apte impersonating Sophie whose father invite Akash to the dinner. Sophie impressed ith his talent and gave him apportunity to work with actor Pramod Sinha portrayed by Anil Dhawan. Promod Sinha’s wife is Simi portrayed by Tabu. Promod Sinha invites Akash privately to his apartment for performance on their marriage anniversary. At the instance of his performance he noticed dead body on the floor because he pretending to be a blind. So that he tries to take the action against Simi and her lover but the mysterious things are happen with his life.

So here we are presenting the list of Andhadhun Movie Star Cast Name.